Is My Camera Good Enough to Use for Video? 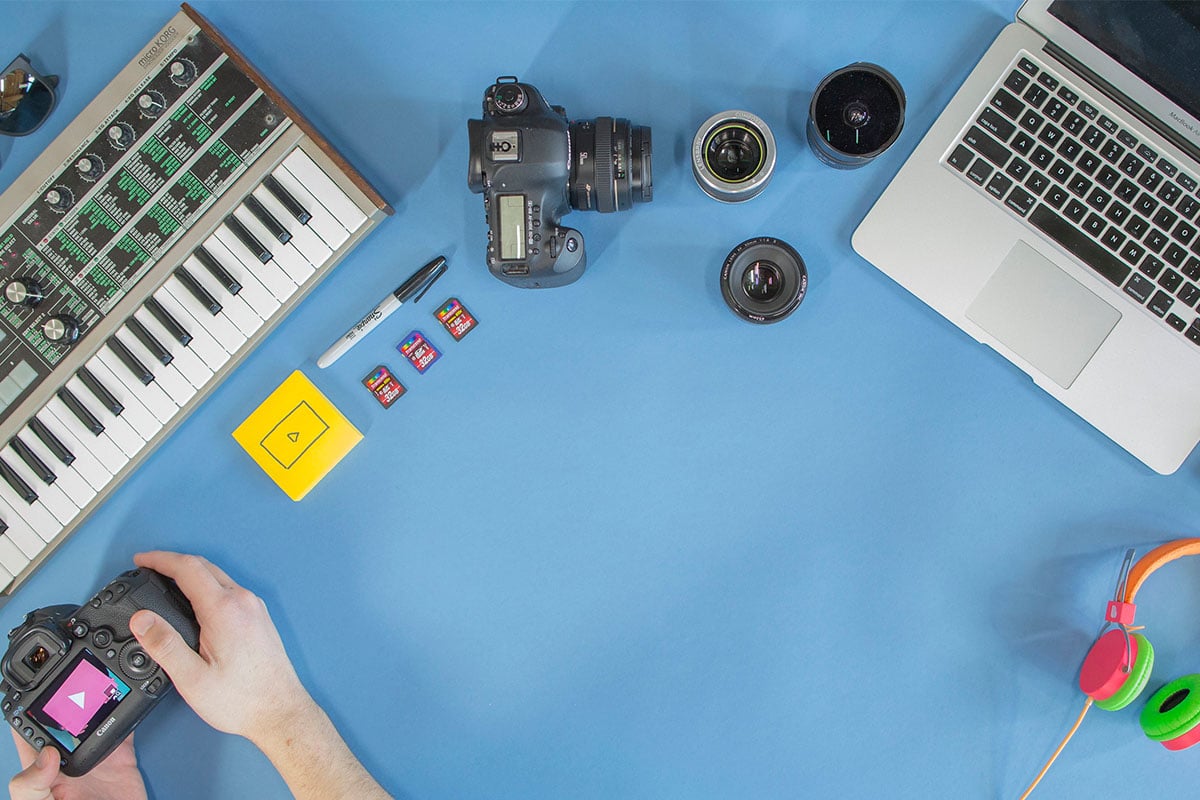 The decision to keep video production in-house demands resourcefulness from you and your team.

If you only have cell phones and point-and-shoot options at your disposal, that shouldn't limit your ability to share some company-culture moments on social media, document meetings for internal use, or showcase basic customer testimonials.

You’ve asked around to see who has a camera, because you never know who’s got a really nice one sitting around that they never use, and voila! They’re coming out of the woodwork.

How do you assess which one is the best for what you’re doing? Is the DSLR camera that Tammy brought better than the ol’ JVC camcorder Frank plopped on your desk? Here’s how to find out.

How to Assess a Camera

The first thing I do when assessing a camera, is figure out the make and model. And if I’m unfamiliar with it, I go straight to Google to figure out what it’s worth. Am I holding a camera in the two-to-five hundred dollar range, or are we talking one-to-two thousand and upwards?

Price isn’t the ultimate indicator of quality, but it’s pretty reliable. Once I know what ball park it’s in, I check out the specs – usually for video first, but photo too. I either find these online, or take a walk through the camera’s menu.

For video, check the resolution and frame rate capabilities – 1080p HD is the bare minimum for acceptable resolution, and 4K (3840x2160) is obviously the ideal for crisp, quality video. High frame rates allow for slow-motion. Sixty frames per second and up will give you smooth slow-mo, but 30 and 24 are both typical frame rates for playback at regular speed.

Need some tips on video strategy? Check out our video marketing series >>

They’re a pretty standard option on most DSLRs, but a complete game changer when it comes to editing. RAW files are a lot larger than JPEGs, but all that extra data allows the image to be manipulated more freely and precisely, and you can even fix a picture that captured a good moment, but wasn’t exposed correctly.

Specs that apply to both Sensor Size and the Lens

When it comes to sensor size, I prefer full-frame cameras for the wider range-of-view. But, to each his own.

Unlike camcorders, where the lens and camera are one unit, DSLRs consist of a camera body. Lenses are separate entities, and interchangeable. Albeit, not optional.

Just like the camera body, the price of a lens is a pretty good indicator of the quality. Although, there are some exceptions. Besides overall quality, I consider the focal range and aperture of a lens. Is it a wide-angle or telephoto? A prime lens? Can the aperture go low enough to make the background nice and blurry?

When I’ve pegged a camera with potential, I ditch the numbers and let the video tests persuade me of its ultimate worth. Watching videos that were captured on the specific camera I’m looking into can be the deciding factor on whether it's good enough for the job.

Once you get your equipment dialed in, it's time to talk strategy. Get some tips from our video marketing series.

DenamiCON: The Journey to Inbound Success

DenamiCON: The Journey to Inbound Success